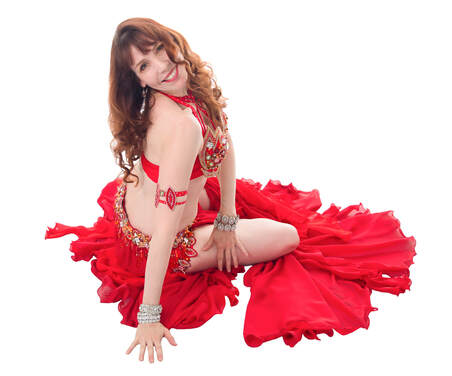 VILIA is an award winning Middle Eastern dance performer, choreographer and instructor based in San Diego, California. An accomplished and popular dance soloist, VILIA has performed at numerous professional venues throughout Southern California. I and beyond.  In addition to being on staff as a Middle Eastern dance instructor at the University of California San Diego for more than 10 years, Vilia has been a featured instructor at dance festivals in Las Vegas, Mexico and Belgium. VILIA has also served as the founder and artistic director of the multi-award winning Middle Eastern dance company Arabina for more than 13 years.  She has been honored to perform domestically and internationally with the legendary Bal Anat Dance Company and was selected twice by Jillina of the Belly Dance Super Stars to perform in her Belly Dance Evolution show. A student of the renowned Suhaila Salimpour for the past 15 years, VILIA has achieved Level 5 certification in the Suhaila format.  She continuously strives to improve her dance technique and is currently working towards her Level 5 teaching certification in the Jamila Salimpour format.
​
www.ViliaDance.com
​ 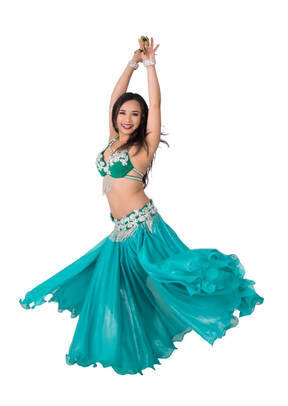 A second generation belly dancer, VANESSA began belly dancing at the age of 15 in Los Angeles, following in the footsteps of her lovely mother, Rahana. With a background in ballet, flamenco, jazz, hip-hop, and hula, VANESSA quickly absorbed all of the intricate movements and it wasn't long before she started competing and performing professionally. She has danced at numerous events including weddings, corporate events, charities as well as MTV's "Sweet 16".  She placed 1st runner up 2 years in a row in the Junior category of the Belly Dancer of the Universe Competition and took 1st Place in the Junior category of the Hips of Fury Belly Dance Competition.  VANESSA relocated to San Diego to pursue a B.S. in Foods and Nutrition at SDSU and now works as a Software Product Specialist  in San Diego. Throughout her career, VANESSA has studied with teachers of all different styles including Ansuya, Jillina, Tamra-Henna, Suhaila Salimpour, Vilia, Rachel George, Sahar Sami and many more.  She currently holds Level 2 Certification in both the Suhaila & Jamila Salimpour formats and is a member of the San Diego Salimpour Dance Collective.
​ 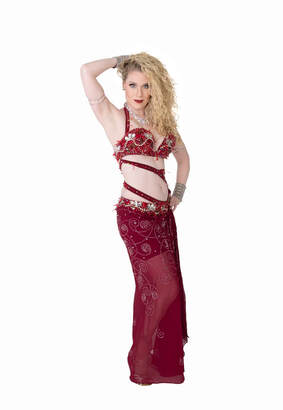 BETHANY has been performing music and dance since the age of five. Her earlier pursuits included musical theatre, tap, ballet, jazz, modern, and lyrical dance.  After a period where she focused primarily on singing and theatre work, she ventured into American Tribal Style® belly dance at FatChanceBellyDance® in San Francisco. She found that it appealed to her particular enjoyment of improvisation and her interest in expanding her vocabulary of movement expression. BETHANY quickly developed a passion for belly dance which has compelled her to push the boundaries of her knowledge and ability even further. She has since worked on enhancing her practice to include more styles and techniques of both American and Middle Eastern origin.  She is grateful for the opportunity to grow as a dancer through her involvement with the Arabina Dance Company.  BETHANY is currently Level 1 certified in both the Suhaila & Jamila Salimpour dance formats and is a member of the San Diego Salimpour Dance Collective.
​​ 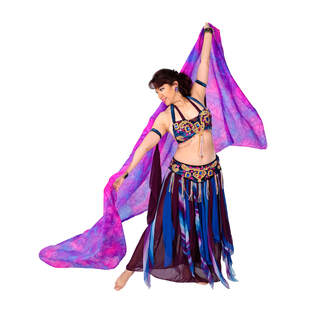 VASILIKI has been dancing all her life.  As a youth, she focused primarily on ballet, modern, jazz, and musical theater, although any dance form would do. Today, VASILIKI is passionate about belly dance, but is still grateful for her classical base. She has won awards in belly dance from coast to coast, and has been a member of multiple ethnic dance troupes along the way. She is currently excited to be a member of the award winning Arabina Dance Company. In her heart she believes, to dance is to live, and hopes to be performing until she breaks a hip! One of her favorite quotes: “There are many roads to happiness. Dancing is one of them.” (Vicki Baum) What a glorious form of self expression and joy.  VASILIKI currently holds Level 1 Certification in the Suhaila & Jamila Salimpour Formats.
​ 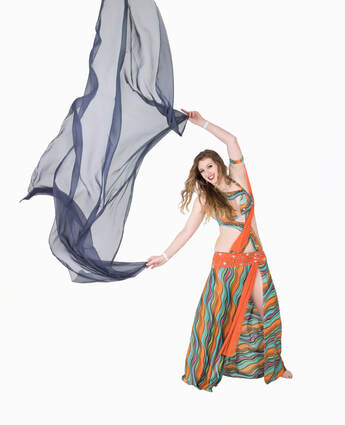 ​Coming from a family of musicians and vocalists, AMI has an extensive background in the arts. She studied piano for 10 years, eventually realizing she was less about melody and more about the beat! She has studied ballet, hip-hop, jazz, tap, modern, ballroom and West Coast swing.  Discovering belly dance in high school, she began studying Egyptian, ATS, ITS, and Tribal Fusion belly dance stylizations in Tucson, Arizona. She became a soloist and principle dancer with Troupe Hipnautic and Skirt Full of Fire. Upon moving to California, AMI has continued her studies with notable dancers such as Vilia, Rachel George and Fahtiem. She regularly performs at restaurants, company events and private parties throughout Southern California. AMI is also a professional massage therapist with a thorough knowledge of kinesiology and anatomy for dancers.  She is currently Level I Certified in the Suhaila & Jamila Salimpour Formats and is a member of the San Diego Salimpour Dance Collective.
​ 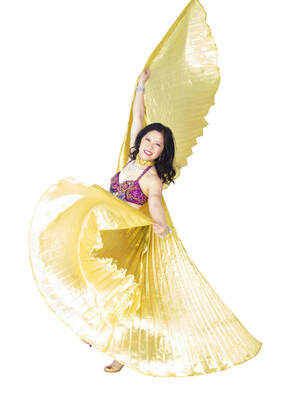 Dancing and performing has been a huge part of SHARON’s life from a very young age.  Studying and performing a variety of genres including ballet, jazz, tap, character, Middle Eastern and Tahitian dance, she has performed in musical theater productions throughout Southern California and was a soloist and choreographer for her college acapella group.  While living in New York City, SHARON fell in love with Middle Eastern dance for the technical challenge, the variety of styles that represent different cultures/traditions and the rich, passionate music and rhythms.  She was a company member of Groovefit Dance and was featured in productions such as Sponsor My Shimmy, Journey of the Shimmy, Dances for Venus and the Alvin Ailey World Dance Celebration.  SHARON has been a member of the Arabina Dance Company since 2015 and continues to study and fine tune her skills as a dancer and artist.  When not dancing, traveling or spending time with family and friends, she works as a learning & development consultant specializing in the life sciences.
​

SASHA began studying belly dance more than 15 years ago while living in Granada, Spain. Amid the cobblestone streets and teahouses of the Albaicín district, she fell in love with the femininity, grace, sensuality, and power of this dance. SASHA has since benefitted from the instruction of many renowned teachers including Suhaila Salimpour, Vilia and Rachel George. She taught bellydance at the Suhaila Salimpour School of Dance from 2008-2009, and was a performing member of the Suhaila Dance Company from 2007-2010.  SASHA has performed at numerous restaurants, private events, cultural festivals and weddings and is thrilled to be a member of the Arabina Dance Company.
​ 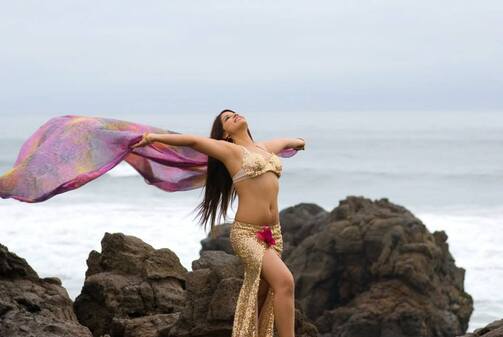 ​Born in Tijuana B. C. México, MAYRA was introduced to the world of belly dance in 2008 studying Egyptian "Cabaret" style at the Universidad Autonoma de Baja California. Over the next few years, she continued her studies taking workshops with esteemed artists such as Tito Seif, Randa Kamal and Yousry Sharif.  In 2019, MAYRA moved to San Diego, CA where she began studying the Suhaila Salimpour format with Vilia which has introduced new challenges and technique to her dance repertoire. She is excited to be a member of the Arabina Dance Company where she continues to demonstrate her dedication and hard won technical dance ability.
​ 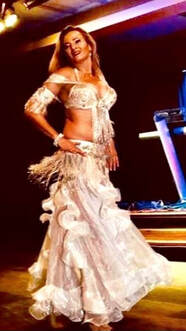 ​An accomplished pianist in her youth, BEATRICE began studying Salsa during her post doctorate years in Japan. She discovered belly dance in her home country of France and threw herself into daily training sessions. BEATRICE relocated to San Diego in 2014, and began studying with Ghada, Rachel George, Vilia and Suhaila Salimpour. Today she has earned Level 2 certification in the Suhaila Salimpour format and is working towards her Level 2 certification in the Jamila format.  BEATRICE is also a member of the San Diego Salimpour Dance Collective.